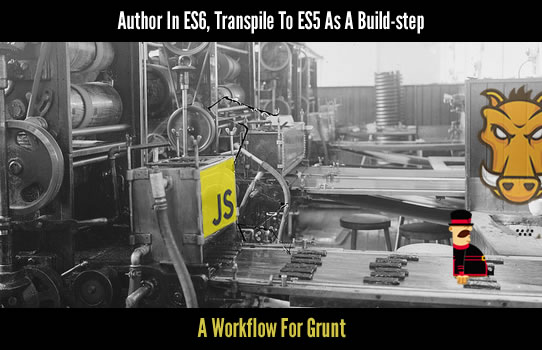 Preface: This article assumes prior knowledge of Grunt, the JavaScript task runner and that you've heard of Traceur, the ES.next to ES5 transpiler by Google. Getting started guides are available for both projects. For information on the current state of ES6, read the current working draft spec.

Today I used a Grunt task called grunt-traceur by Aaron Frost to author code in ES6 (maximally minimal classes, modules, rest params, spread operators) and transpile back to ES5 as a build-step. It felt fantastic and the final product now runs in all modern browsers. 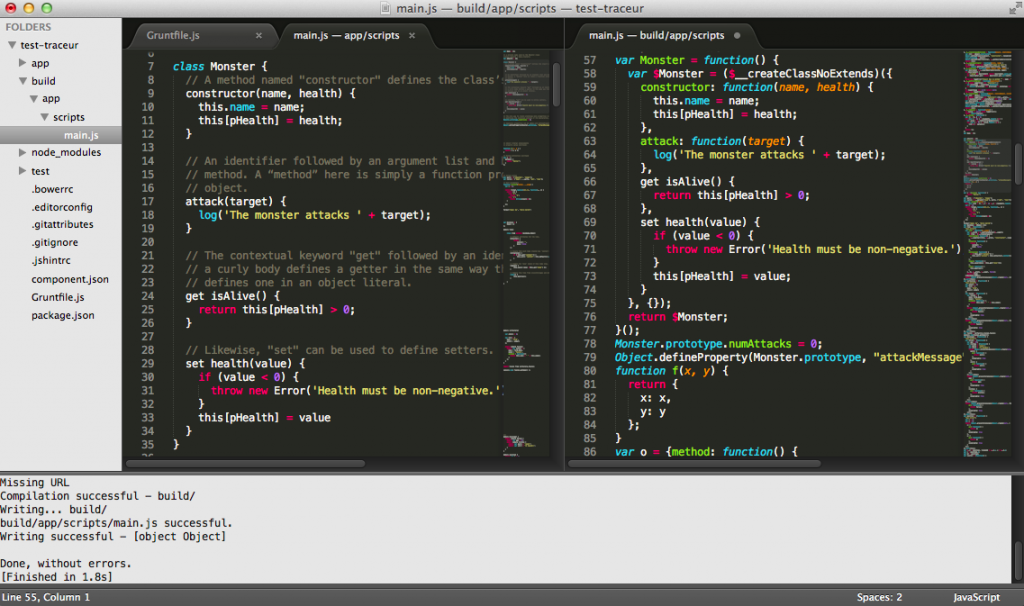 I also played with grunt-es6-module-transpiler which let me target CommonJS or AMD as readily usable compile-targets for my modules. Both projects enable us to use JavaScript.next features in our apps before support actually lands in browsers. Judging by the ES6 compatibility table by @kangax this may still take a while so transpilation is an interesting option worth considering.

I've previously used the Traceur library and bootstrap files (which were script includes) to dynamically interpret ES6 at runtime, but being able to introduce it as a build-step is a welcome addition to my workflow. 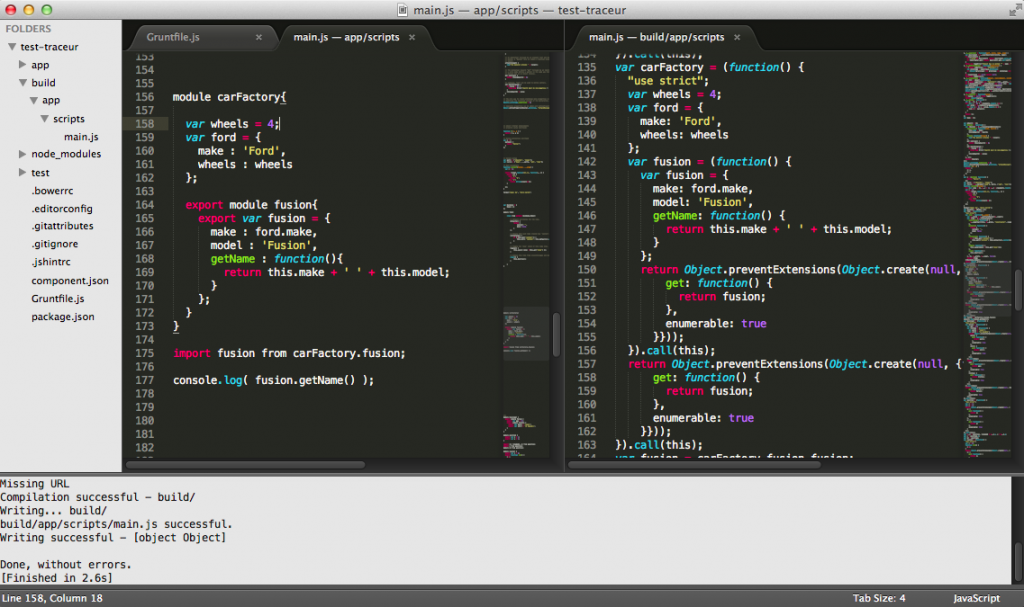 Note: ES6 is an evolving draft and anything introduced in it will be experimental. Whilst authoring in it via a transpiler is feasible at this point in time, do take care as any syntax and semantics you rely on may be subject to change. The list of language features supported by Traceur is available for review.

Getting started with grunt-traceur just takes a few minutes to get setup:

You can now author using ES6 and run grunt traceur to transpile your scripts back to ES5. Alternatively, include in your build task grunt.registerTask('build', ['clean', 'traceur', '...']);. 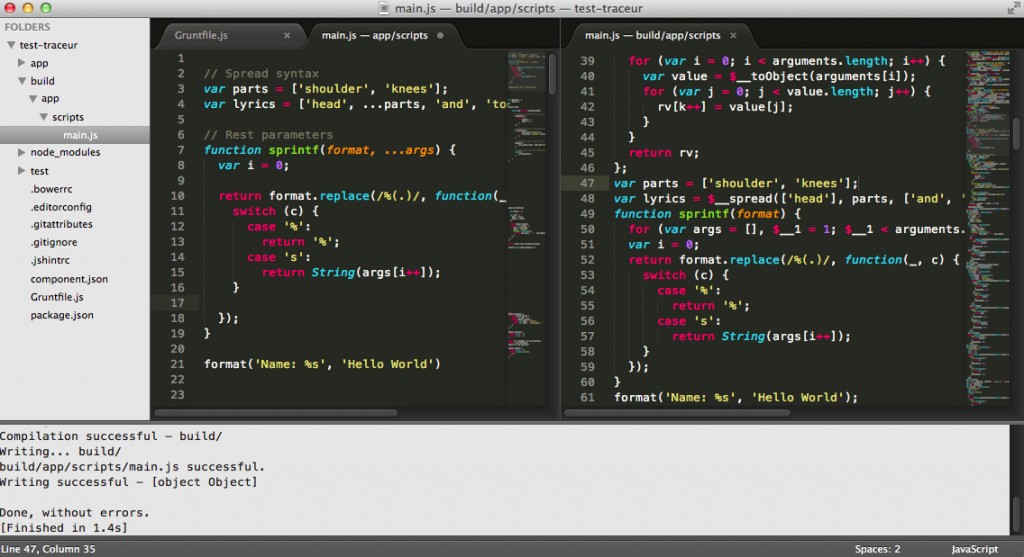 Bonus: to save myself time, I just saved the following as a Sublime build system so I can transpile ES6->ES5 within my code editor without needing to go back to the terminal: 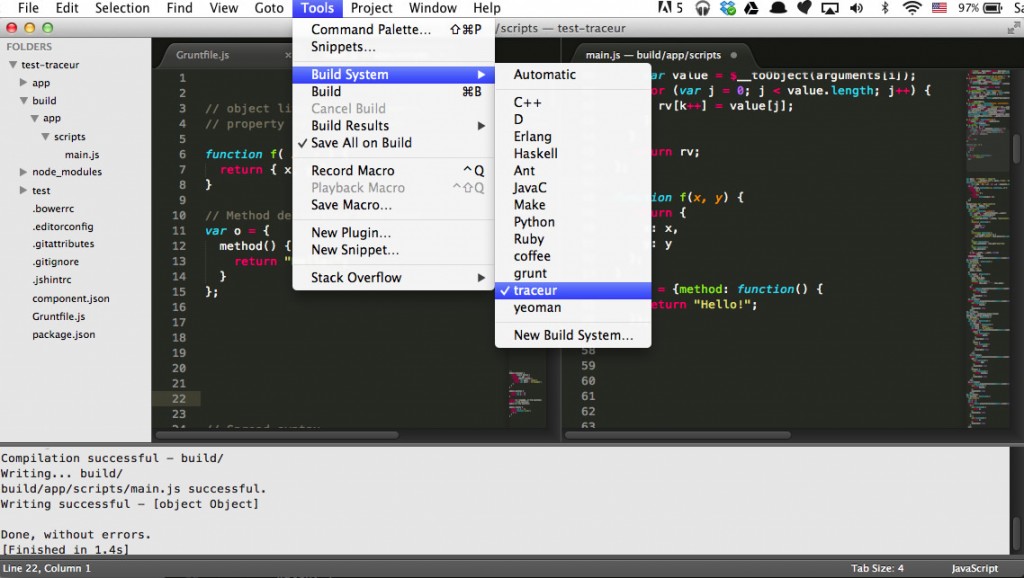 An alternative to using Traceur, if you're only interested in modules, is the Square ES6 module transpiler which can target CommonJS and AMD.

Joe Fiorini put together a Grunt task for it that can be used similar to the above in his grunt-es6-module-transpiler project.

You can now manually run grunt transpile or include as part of your build task with grunt.registerTask('build', ['clean', 'transpile', '...']);.

The ES6 Modules now project may also be of interest but at this time is a script-include. It uses es6-module-transpiler by Square covers earlier and my the ES6 module loader shim I published a while back.

Thanks to @passy and @sindresorhus for tech reviewing this post.